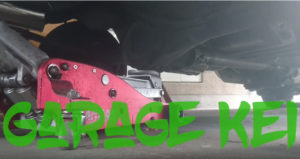 My Approach to Garage Kei Entertainment

My approach to most things is to do as much as I can on my own.  For me it’s better if I try, and mess it up, than pay someone and they mess it up. 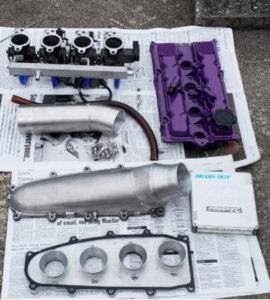 My approach to supplying things from Japan.

I look at it as in I’m trying to help out friends. I go the extra mile on a regular basis and my fees are competitive. It’s for these reasons that people come back and use this service again and again.  I’ve been known to find “impossible to find” items from time to time also so that helps. 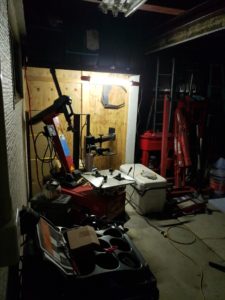 I’m an Australian living in Tokyo modifying things in my garage and filming it.  I’ve been in Japan since 2007 but only in the last 5 years started doing things with cars here.

In Australia I worked for most of the European car manufacturers at some point performing duties such as detailing, pre-delivery inspections, and some maintenance.

Welding I learned through a program run by the Australian government building training equipment for guide dogs. This gave me experience using stick and Mig welders. I have used a Tig welder before but I wouldn’t say I’m good at it. I’d love to purchase one so I can practice though. I’d have to say that it’s the most interesting and fun of the 3.

I have a basic knowledge in computer programming, website languages, photoshopping and computers in general though be it quite outdated. 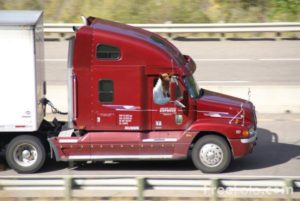 Car audio was one of my interests beginning in 1998 so I have some knowledge of that also acquired from asking a lot of questions at the shop I used to hang out at and building a different custom install in my car every time I got sick of looking at the one already there.   This is also how I taught myself how to use fiberglass and putty.

Nowadays if something is new to me I just have a look on YouTube to get a general idea of what I need to do and then dive in very often running into trouble and needing advice from one of my friends.

Mid 2017, an Instagram follower of mine told me that he was unhappy with services like Buyee and asked me if I wouldn’t mind helping him get something from Yahoo Auctions Japan and send it to him in Canada. This sparked a frenzy of people asking for help all over the world.
I can help you too.

I started learning to drift in mid 2018 and I’m filming that the best I can with the equipment that I have..

My interest in cars themselves didn’t really begin until I met my friend Grant. He kind of introduced me to car modification and together we pushed the limits of what was possible in a residential garage with stripped car bodies and parts all over the front lawn. 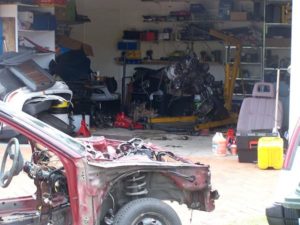 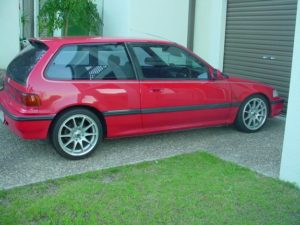 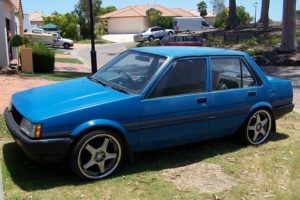 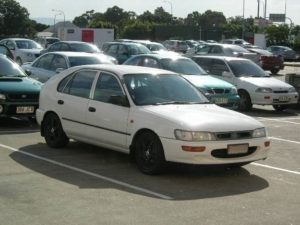 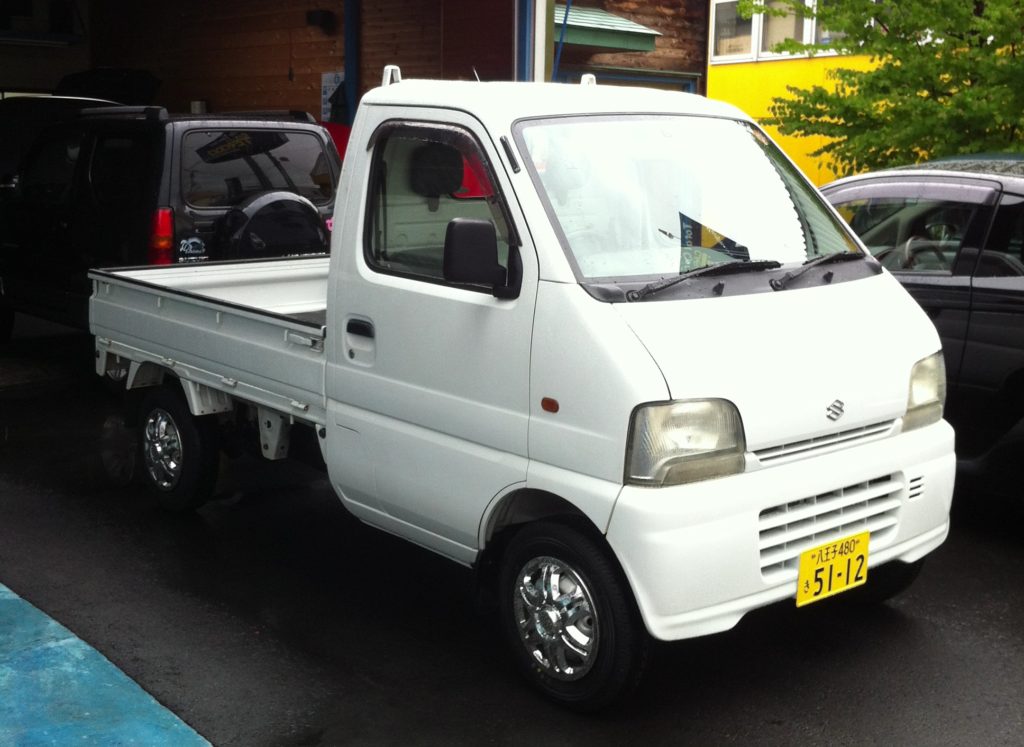 I received my first car in Japan as a gift from my wife. A Suzuki Carry 4wd DB52T.  I loved the truck but always felt it was a little slow for a daily driver. 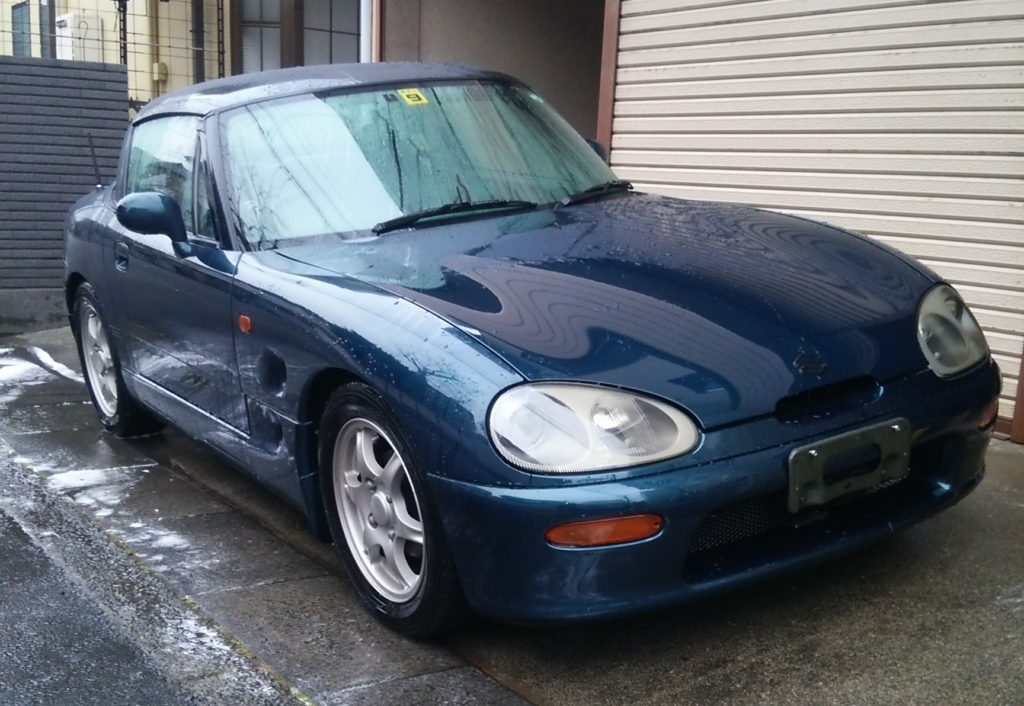 A few years later my friend mentioned that he wanted to sell his Suzuki cappuccino. The price was too low for me to pass up so I bought that and started planning out mods for it but before I could begin another bargain came up… 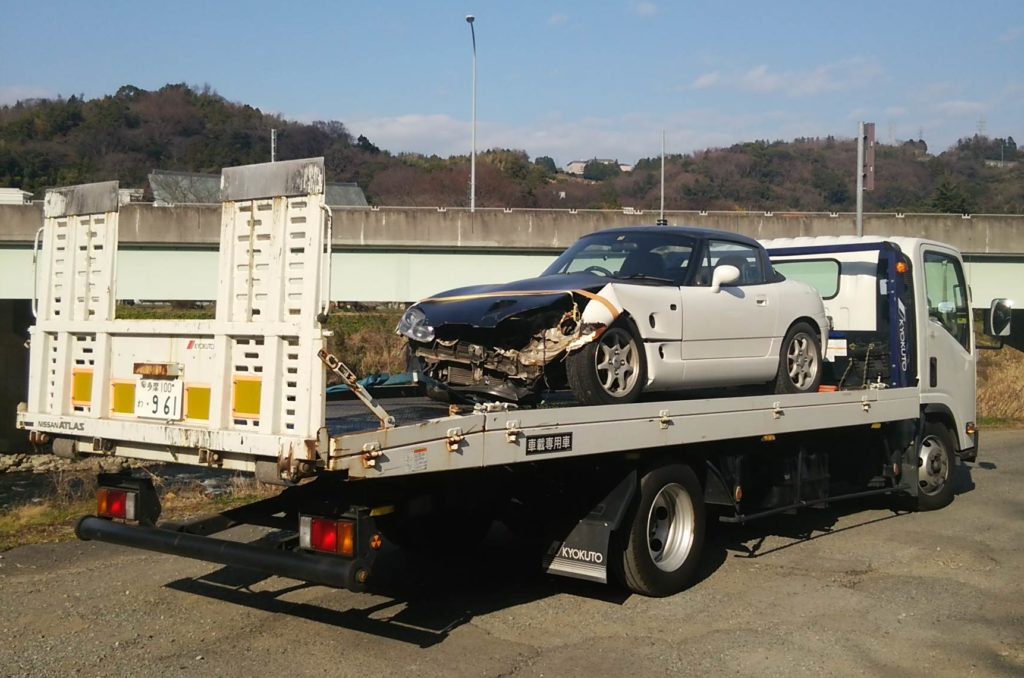 I found a crashed Cappuccino (EA11R) on Yahoo auctions that had an engine from the same family as my truck. An F6A. This being very important for the Japanese road inspection. Changing to a different engine results in serious complications for road registration. The difference being that the Cappuccino is a twincam turbo version making just over 20WHP more than the stock engine (50% increase!). That would not matter for the registration because it’s still an F6a.

So after reading online and everyone around me telling me it was impossible to do I set out blindly to transplant the Scrappuccino engine into the Carry.

I quickly saw that the stock Cappuccino intake manifold was not going to work because of height limitations so I had this idea of using the carry intake on the the twincam engine.
At the time I was still using the Carry as a daily driven car so to remove the intake manifold to see if this was possible would mean taking the Carry off the road. Now I could have registered my Cappuccino but that was going to take quite a bit of money and would have been very impracticable as a daily for me. So I started looking for a used manifold. None suitable.

Another friend of mine owns a custom shop and happened to have a wrecked Every van with a suitable manifold so I asked if I could borrow the manifold.  no….
So after much discussion he suggested that the intake in the carry was the best one to use and that test fitting the engine would be best done in the Carry etc. 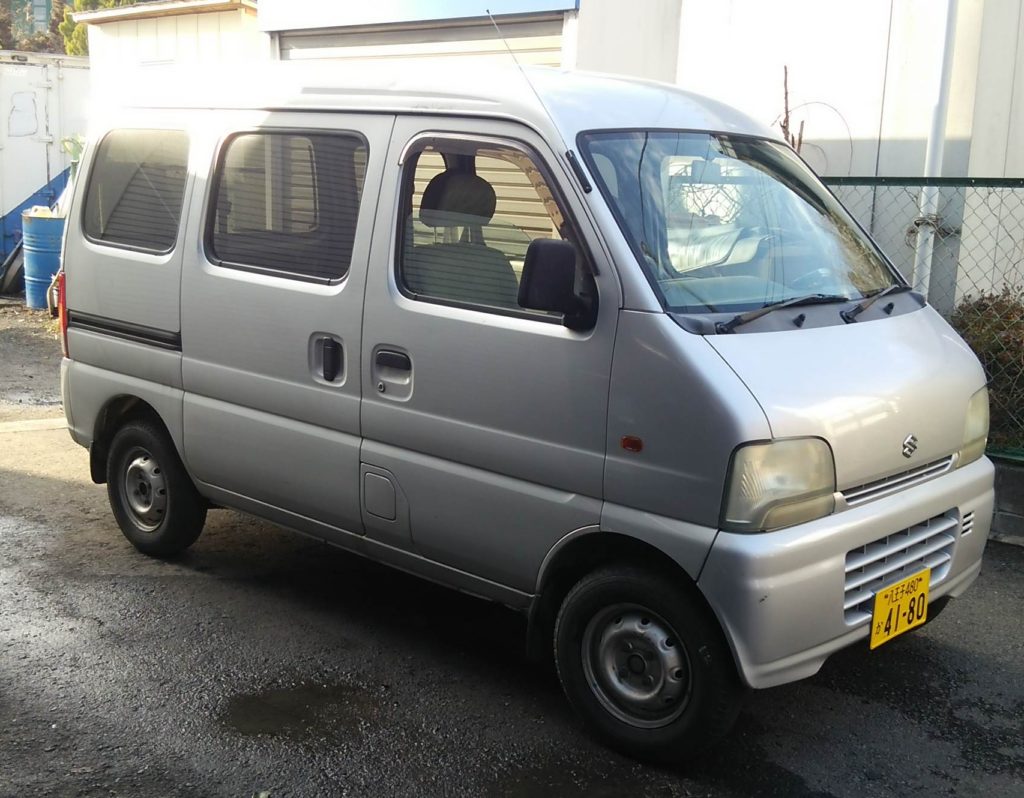 He also suggested that I buy a crap, cheap daily that “would probably last until I finished the work on the Carry” and he had just the thing. The Every I’ve been driving as a daily for the past 3 years. lol 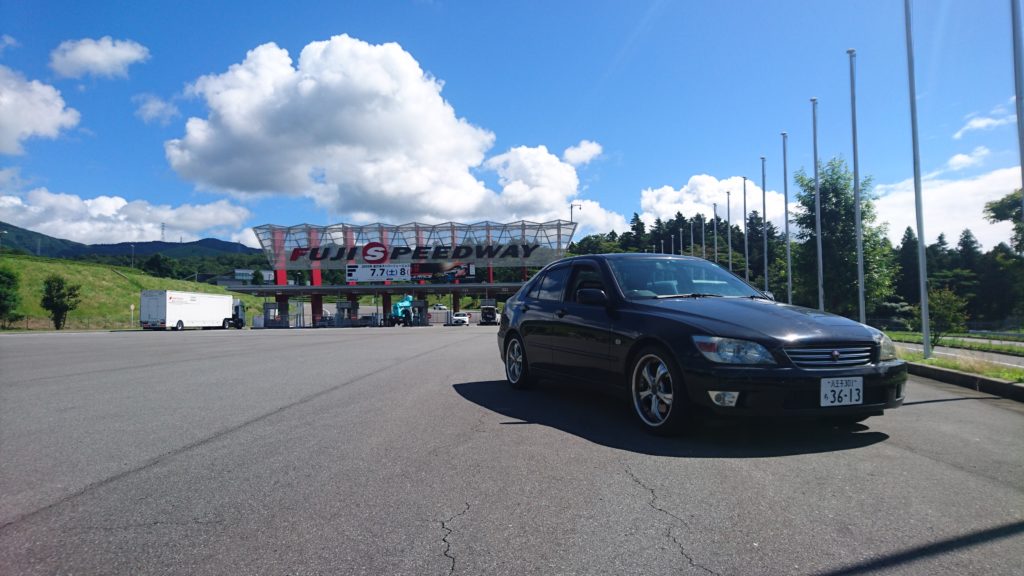 The Altezza was released in Australia in 1998 and I vividly remember seeing one at the local shopping center on display thinking that it was the most beautiful sedan I’d ever seen. The lines and shape were perfect. The luxury. The unique styling.. etc. But the price.. wow. I was 18 at the time and so it became a dream car…

I was introduced to a guy named Ryan from the USA through a mutual friend at the time and he got me interested in drifting. So I was thinking about getting a dedicated drift car so that I could join in the fun when he visits once a year.

I took Ryan to the local tuning shop and asked, as a joke, if the owner could lend Ryan a car to drive around in. To my surprise he said “Yes, sure”.

The biggest surprise was when the apprentice showed up with a black Altezza. And that was that… I was pretty much hooked on the car at first sight.
I wanted a drift car. The Altezza is capable of drifting though it’s not an easy car to drift. Dream car. Cheaper than a Silvia. So I saved some money, bought it, done.